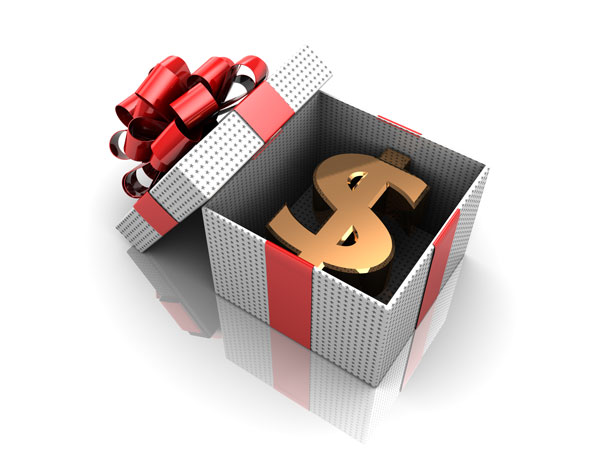 Why We Get So Much Out Of Giving

As a CPA, CA who dedicates a significant portion of my practice advising local non-profits with tax concerns and Society’s Act reporting, I come into contact with a lot of volunteers. It always impressed me how these men and women were so giving of themselves and I often wondered what motivated them to be so generous with their time. I stopped wondering when, through circumstances largely out of my control, I ended up being a volunteer with Leduc’s vibrant Boys and Girls Club.
The answer to the “why” suddenly became clear. People who volunteer their time, money and/or resources do it, not only to improve their community, but also because it feels so good.

The Science of Generosity

Don’t believe me? You may be surprised to learn that the act of giving has been scientifically proven to be as pleasurable as enjoying intimacy or eating high-end chocolate. This article in Psychology Today, for example, demonstrates that giving, far more than receiving, never fails to fire up the dopamine-fueled pleasure centers in our brains. Scientists using functional MRI technology (fMRI) have seen consistent results regarding the increased endorphins that occur from the simple act of being charitable.

Interestingly, according to another study led by noted social psychologist Liz Dunn, working with the University of BC, the physical and mental benefits of generosity occur irrespective of the size of the gift. One gets the same “helper’s high” no matter if the amount of the gift is relatively small.

Even better, the scientifically demonstrable mental joy one feels from the act of giving also has payoffs in improved physical well-being, even for people who are not in perfect health. In this literature from Berkeley University their data indicates elderly people who regularly volunteer with at least a couple of different organizations, were an incredible 44% less likely to die over the next five years than the non-volunteers in the study groups. This difference in mortality even held after adjusting for factors such as age, physical condition and whether they engaged in high-risk behaviours like smoking tobacco products. It must be noted, too, that those who receive gifts and donations do not experience any kind of reduction in their mortality rate.

Tips to Maximize the Joy of Giving

Like everything else in life, there is a right way and a wrong way to donate to charity.  According to this Huffington Post article by “charity strategist” Brady Josephson, there are five main ways of getting the most personal bang for your donation buck.

Some people say that the warm glow one experiences from donating well makes it impossible for anyone to be generous for perfectly altruistic reasons since so many good things happen to the giver compared to the receiver. Perhaps this apparent paradox was best laid bare by a Protestant missionary named Amy Carmichael who served in India during the late 19th/early 20th century, opening an orphanage in Dohnavar. Only a woman like Ms. Carmichael, who stayed on the job without a break for over 55 years could describe generosity so beautifully,

“You can give without loving, but you cannot love without giving.”