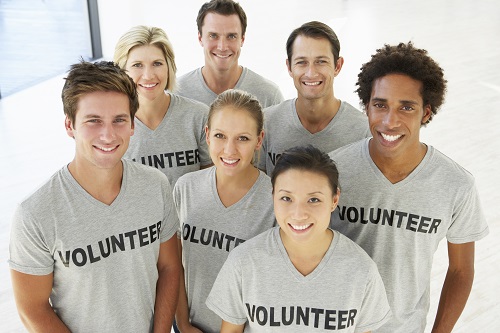 A Parable for Business; The Risk of Saying No

A Volunteer Canvasser is the tip of a powerful iceberg

Angie is a business owner in a small Alberta town. Her shop is a lovely little craft and candle store that caters mostly to tourists heading to the lake district. She isn’t getting rich off the business but it keeps her busy and manages to provide a reasonable income doing a job she loves. She is quite popular in town and every group around knows she’s a soft touch for donations for ball tournament freebies, playschool silent auctions and community theatre door prizes.

“I sure do get a lot of requests for donations from area charities and non-profits,” admitted Angie. “I’ve always had a hard time saying ‘no’, even though I know it won’t mean more business for me. What I do know is that the businesses in town that say ‘no’ to these groups are only hurting themselves. They may save fifty bucks or whatever by not donating but they have no idea how much business they will lose if the donation seeker has a large volunteer organization behind them. You never know who you might tick off or how many.”

Angie has been on both sides of the cashier’s counter in donation dramatics. She was the advertising seller for her local theatre troupe one year and was the one with her hand out looking for freebies from her fellow merchants.

“I know how I felt when these businesses would tell me to get lost and I had to leave empty-handed,” shared Angie. “I knew I wanted to punish them by spending my money elsewhere. I also made sure everyone in our theatre group was aware of what kind of treatment our club received from each business that was approached. There was a great deal of anger towards those that refused our request. I am only one person but our group has dozens of people associated with it. Some groups, like minor hockey, have hundreds of kids, parents, coaches and other volunteers all affiliated with the group. As a business person, you’re not just saying “no” to the donation committee person, you are rejecting each and every one of the people involved in the group. What businessman or professional wants to anger hundreds of people over a few dollars?”

Angie understands some businesses really can’t afford to say “yes” to every donation canvasser that comes through the door. She says in those cases, she would encourage the business owner to ask what other ways they can help, such as asking their suppliers for donations on the groups’ behalf or attending the function the requested donation will be used for. Donation request responses need not be just an aye or nay proposition.

Know How to Say 'No'

“If you respond in a way that shows you want to help but can’t afford to just give away products or services, your repute with the requesting organization will remain generally positive,” said Angie. “It’s usually only when you reject groups out of hand that creates bad feelings. Respect for the group and goodwill for the canvasser are a must. Unfortunately, far too many businesses do not know the risk they run by rudely saying 'No'.” Most learn eventually, however, that saying 'Yes!' pays dividends; usually after saying 'No' to the  wrong group."